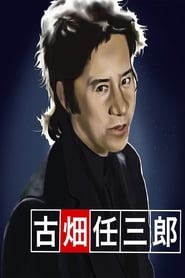 Furuhata Ninzaburō is a Japanese television series that ran periodically on Fuji Television from 1994 until its final episodes in 2006. It was written by Japanese playwright Kōki Mitani and is often referred to as the Japanese version of Columbo.

The series is a police detective drama starring actor Masakazu Tamura as Furuhata Ninzaburo and Masahiko Nishimura as his stereotypically bumbling sidekick, Shintaro Imaizumi. The program aired weekly and featured a guest villain each time, usually a famous talent in Japan. Pop-stars like SMAP, television hosts like Sanma Akashiya and even sports figures like Ichiro Suzuki have been featured on this program. It was one of the most popular television dramas in the history of Japanese television, having spawned several seasons and TV specials.

He Is Always There

2.1K view
© Disclaimer: This site does not store any files on its server. All contents are provided by non-affiliated third parties.