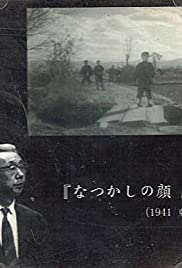 A Fond Face from the Past is also set in a rural community, specifically a village outside Kameoka, near Kyoto. In some ways this short, thirty-six-minute film is Naruse's most moving negotiation of the militarist restrictions of the time, perhaps because it is also his most direct engagement with the culture of war. When a newsreel comes to Kameoka featuring a local man named Yoichi, it causes some excitement in the community and, of course, in Yoichi's own family. First of all his mother makes the newsreel (Nippon News, no. 14), which begins with the same marching music that opens his own film, followed by a curious baby judging context in Los Angeles featuring two hundred Japanese babies. Released in January 1941, almost a year before the pacific war begins, this “found footage” is indicative of Japanese imperialist ambitions beyond Asia long before Pearl Harbor.

Wife to Be Sacrificed