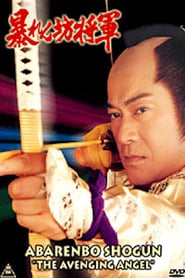 This is a standalone movie, based on the long-running television series about Shogun Yoshimune. When the very foundation of the government is shaken by a counter-feiting scandal, Shogun Tokugawa Yoshimune must take to the road as an itinerant ronin in order to find out who’s behind the conspiracy. Meanwhile, a woman acting as an avenging angel begins assassin-ating the suspects in the case, causing Yoshimune to not only find his original quarry, but to help her get her revenge against those corrupt individuals that had murdered her family when she was only a child. Matsudaira Ken shines in his most famous role, the ‘Roughneck’ Shogun who travels the country seeking to stomp out evil and corruption.