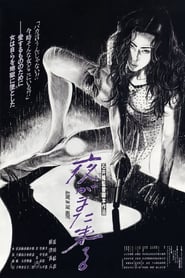 An undercover narcotics officer is killed, and after his funeral some yakuza break into his apartment and rape his wife, Nami, while looking for the drugs they claim he stole from them. Afterwards Nami attempts to commit suicide, but after being rescued by a mysterious yakuza she decides to infiltrate the gang and get revenge.