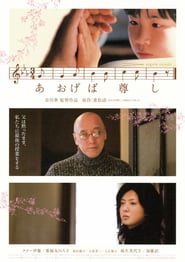 Mortality and death seen through the eyes of a lonely student who has an morbid and albeit naive fascination with death. His teacher, Koichi is also grappling with the issue of mortality as he deals with the impending death of his ailing father, who has decided to spend his final days in the family home. As the story progresses, Koichi finds unexpected solace from his grief by letting his troubled student visit and meet with his father in the hopes that he will understand the meaning of life and death.

The Road I Travel with You