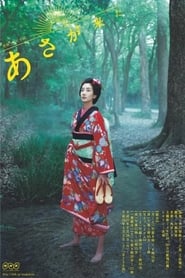 Towards the end of the Edo era, in the town of Kyoto, there lived a wealthy merchant by the name of Imai Tadamasa. He was blessed with 3 children, Hatsu, Asa and Kyutaro. His eldest, Hatsu, was a traditional girl who loved to play the koto and sew. Whilst his second daughter, Asa, was an impish hoyden who loved sumo wrestling. Asa was engaged to be married to the second son of a distinguished family who ran a money changer business in Osaka, Shirooka Shinjiro. Although Asa was furious when she had first heard about the betrothal, when she met up with Shinjiro for the first time, his charisma greatly attracted her and she fell in love with him in no time.