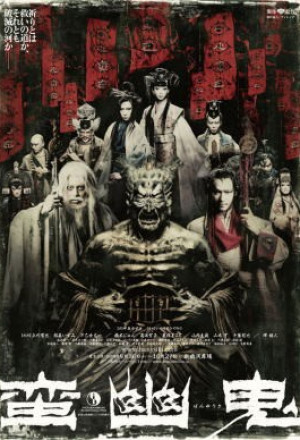 Date-no-Domon and his three friends are about to complete their study in Kada-no-Kuni and return to their native land, Hōrai-koku, with the advanced knowledge of the nation, and in particular, the religion called Ban-kyō. However, one night, Domon’s best friend is murdered, and he is falsely accused of the crime by the other two and sent to prison. Ten years later, with the assistance of the man called “Saji,” Domon escapes from prison and swears revenge on those who killed his best friend and framed him for the murder.