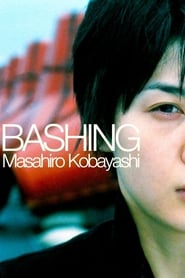 Yuko is a Japanese girl who was taken hostage in Iraq while volunteering there as an aid worker. Finally released and back in her hometown, Yuko finds herself ostracized as a national disgrace by society that sees her helping a country other than Japan, and the embarrassment of getting captured but not killed, as things of which to be brutally ashamed.

Account of the Ando Gang: Tale of a Scarface