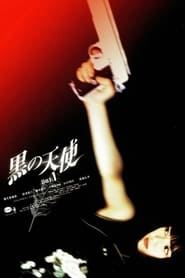 Tokyo is a dark technopolis, a city of faceless chrome and cold marble. It is ruled by Nogi, a yakuza boss specializing in drugs and murder. He gained absolute power by executing the former boss and marrying his daughter, Chiaki. Only the mysterious Ikko, Chiaki’s half-sister threatens him. Inspired by a legendary hit-woman, Ikko calls herself the Black Angel and plans to wash away her father’s murderer with a deluge of blood.

Pleasures of the Flesh