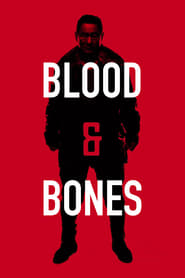 In 1923, the young Kim Shun-Pei moves from Cheju Island (South Korea), to Osaka (Japan). Through the years, he becomes a cruel, greedy and violent man and builds a factory of kamaboko (processed seafood products) in his poor Korean-Japanese community exploiting his employees. He makes a fortune, abuses and destroys the lives of his wife and family, has many mistresses and children and shows no respect to anyone. Later he closes the factory, lending out the money with high interest and becomes a loan shark. His hateful behavior remains unchanged to his last breath, alone in North Korea. The film is told from the perspective of Masao, his legitimate son by his abused and degraded wife, who knows nothing about his father other than to fear him.