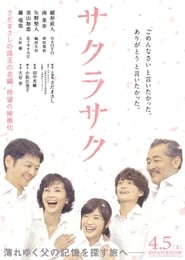 Work life for Shunsuke Osaki has been success after success, but at some point his family began to slip by the wayside. As his elderly father begins to show signs of dementia, Shunsuke takes the family on a trip in a desperate attempt to pull them together before it is too late. Director Mitsutoshi Tanaka’s adaptation of Masashi Sada’s short story of the same name received the awards for Best Director, Best Actress and Best Music at the 1st Asia International Film Festival in Taipei.

The Lights of Asakusa