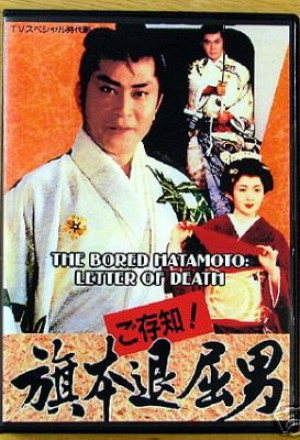 When Saotome Mondonosuke, a master swordsman and ‘Hatamoto’ (direct retainer of the Shogun), hears news about counterfeit gold and an old friend who’s gone missing, he begins to suspect that things are not what they seem. Intent on discovering the truth, Saotome launches a private investigation.

Known as “The Bored Hatamoto”, Saotome Mondonosuke was the subject of over 20 motion pictures. Originally played by the legendary actor, Ichikawa Utaemon, this is the first film in which the main role was taken over by his son, Kitaoji Kinya.

The ‘Crescent-Scar’ on Saotome’s forehead is a license to kill, and rid Japan of corruption and evil!