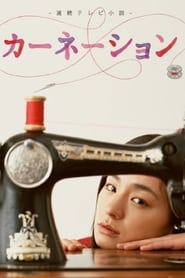 Carnation is a Japanese television drama that aired in the Asadora slot on NHK from 3 October 2011 to 31 March 2012. It is the 85th Asadora. It is based on the life of the fashion designer Ayako Koshino in Kishiwada, Osaka. Ayako was the mother of the internationally famous designers Hiroko Koshino, Junko Koshino, and Michiko Koshino.