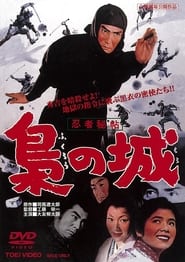 Movie adaptation of the 1959 ninja novel. With war against Korea looming on the horizon, Hideyoshi Toyotomi, the ‘Taiko’ becomes the target of an assassination attempt to be carried out by the Iga Clan of ninja spies. Master spy Juzo Tsuzura (Ryutaro Otomo) is assigned the task, but first he must defeat a former Iga spy who has become a traitor, and outwit the treacherous woman that is trying to seduce him.

Zatoichi and the Doomed Man

Hoodlum Soldier: Rebel in the Army