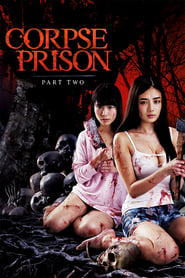 They thought they were coming to study a mysterious town hidden in the mountains of Japan. Instead, they’ve discovered that their Professor brought them to Yasaka for a much darker purpose. Now Mikoto and the other girls are trapped in a monstrous nightmare. As the villagers become increasingly more insane, the college students find themselves at the center of arcane rituals focused on blood and rotting flesh. Their only chance is to escape, but their captors are far too numerous and know the lay of the local land far too well.