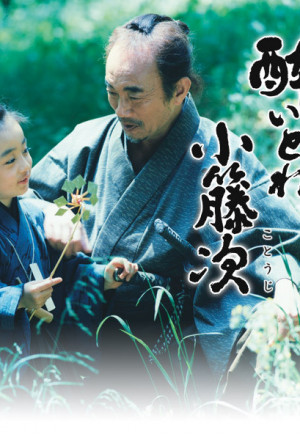 Akame Kotoji who became a wandering samurai in order to avenge his lord and the uproar over the stolen lances, settles down at a tenement house in Edo that Kujiya Shouemon owns with the intention of spending the rest of his days quietly. However, Tajiri Tojiro the chief retainer of the Mitsushima family, one of the domains that fell victim to Akame, hates Akame because of the humiliation faced by the family during the lance incident, and is bent on revenge. A wandering samurai Sudo Heihachiro is sent to assassinate Akame. Meanwhile, Akame is introduced to Oryo, a lady-in-waiting at the mansion of the Mizushima family who serves the captain of the military guards, Mizuno Kenmotsu. Akame is consulted about something but ends up rejects her request but then decides to take up his sword again. Sudo, who believes Tajiri’s words of gaining employment as the Mitsushima domain’s fencing instructor should he defeats Akame, carries his infant son on his back and heads out in search of Akame.