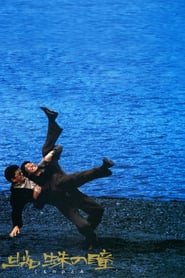 Nijima, a white-collar worker, finds the man responsible for his young daughter’s brutal rape and murder. He tortures and interrogates the man, who maintains his innocence, before killing and burying him. He returns to his ordinary life feeling listless and hollow, until he meets an old high school friend who introduces him to his hapless band of hired killers. His skill in the assassination business catches the attention of a bigger crime boss. For reasons that remain opaque, Nijima is assigned to investigate his friend, which ultimately results in a bloody confrontation.