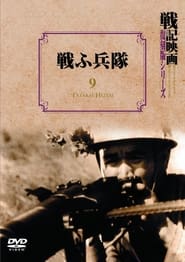 In the middle of 1938, Kamei Fumio and his film crew got themselves attached to an infantry regiment which they followed around through China for about four months, filming their marching and their fighting and their waiting and their dying – in short, their suffering, and not theirs alone, but also that of the people around them, their designated enemies.

Tower of the Sun