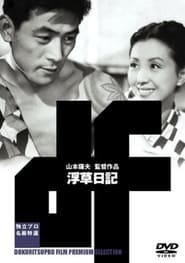 “A unique left-wing comedy by Yamamoto…. A travelling theater troupe, led by Umagoro Ichikawa, comes to play in a mining town, and manages to sell every seat. Before the play begins, however, a miners’ strike is announced, creating an uproar. In addition, the players find they have been cheated out of their profits by a crooked impresario. The socially naive actors join together with the progressive union members to create a political ‘strike drama,’ and learn much from each other in the process.” –Alan Poul, Japan Society

Sun Above, Death Below