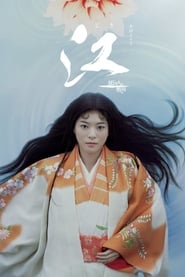 Gō: Hime-tachi no Sengoku is the Taiga drama for 2011 and the fiftieth Taiga drama. NHK announced that it will be written by Kumiko Tabuchi, who wrote the 2007 Taiga drama Atsuhime.

Ueno Juri has been announced as the lead actress of the series. The roles of Yodo and Hatsu will be played by Miyazawa Rie and Mizukawa Asami respectively.