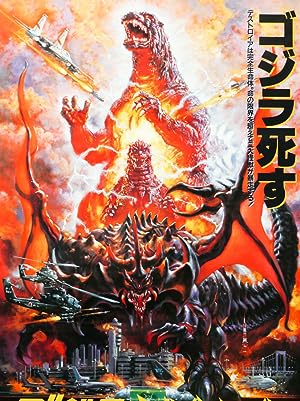 Something has destroyed Birth Island, home of Godzilla and Little Godzilla and soon, it is discovered that Godzilla has developed a bright flaming glow, indicating that his nuclear energy is growing out of control. Fearing that Godzilla will soon explode, the G-Force tries to freeze him, thus cooling his temperature. But another problem arises as a horde of human sized creatures, formed from a combination of Godzilla cells, and the weapon that destroyed the original one, The Oxygen Destroyer. Now the military must try to stop these creatures and stop Godzilla from going through a nuclear meltdown that could destroy the world. Written by Todd A. Bobenrieth

Lone Wolf and Cub: Baby Cart in the Land of Demons