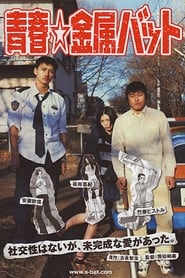 The film follows Nanba, a shunned outcast who doesn’t have a girlfriend, any money or prospects, a turnaround from his glory days in high school when he played on the baseball team; his former teammate Ishioka, who is now a policeman because of an elbow injury; and baseball fanatic Eiko, a hopeless alcoholic who spends more of her time drunk than sober. The three share an intense love of baseball — and their destinies are forever intertwined.

Code Between Brothers 8 - All New