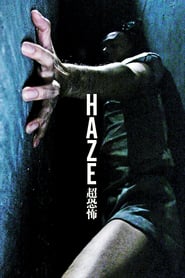 A man awakes to find himself trapped in a dirty, confined crawlspace. He barely has enough room to move. He also has no memory of why he’s there, or why he’s bleeding from a stomach wound. Apparently drugged, he occasionally ‘zones out’ of his surroundings as he tries to edge towards his way to freedom. But the more he explores, the more pain he has to endure, and the more frightening his predicament becomes.

The Invisible Man vs. The Human Fly

Ghost in the Well