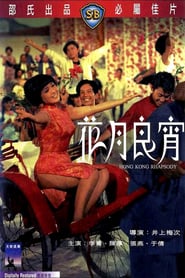 There’s nothing like a good, opulent, gaudy musical to lift the spirits, but when it’s a 1960’s Hong Kong musical orchestrated by a Japanese director and composer, it breaks through the ranks as a classic of campy kitsch. A follow-up to the previous year’s megahit Hong Kong Nocturne, with the same Japanese creative team, Hong Kong Rhapsody follows the fortunes of an unemployed magician whose love life is so knotty it would take Houdini to unravel!

Travels of Hibari and Chiemi

A Flame at the Pier