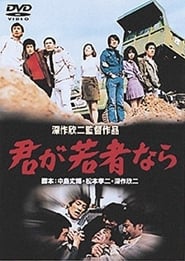 If You Were Young: Rage highlights the other side of post-war Japanese prosperity, focusing on the throngs of young people who missed out on the boom. We follow a group of young men that can’t seem to get ahead, despite their willingness to try. Then one hits upon a plane – to work together to save for a dump truck and thus become independent contractors and be their own bosses at last. Ultimately life presents obstacles: jail for one, violence at the hands of the police for another and a girlfriend and subsequent children for the third. An early Kinji Fukasaku gem that imports the freewheeling style of the French New Wave and the hip detachment of American noir.

The Sea Is Watching