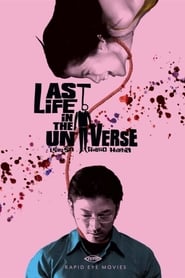 An obsessive-compulsive Japanese librarian living in Bangkok spends most of his days contemplating suicide in his lifeless apartment. His life changes when he witnesses the death of Nid, seconds before he was about to jump off a bridge. This brings him in contact with Nid’s elder sister Noi – these two lost and lonely souls help each other find the meaning to their meaningless existences.