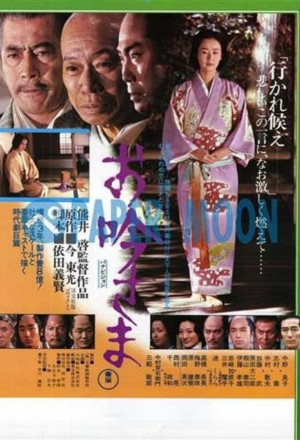 Sen Rikyu is a ceremonial tea master who advises warlord Hideyoshi in sixteenth-century feudal Japan. His daughter, the beautiful Lady Ogin, has an unrequited love for Lord Ukon, who has angered Hideyoshi by becoming a Christian convert. Ogin’s father Rikyu also displeases Hideyoshi by opposing the warlord’s plan to invade China and Korea. When the animalistic Hideyoshi is rejected by Ogin, he threatens her and her father with arrest and worse.

Raised in a Palace

Last Life in the Universe