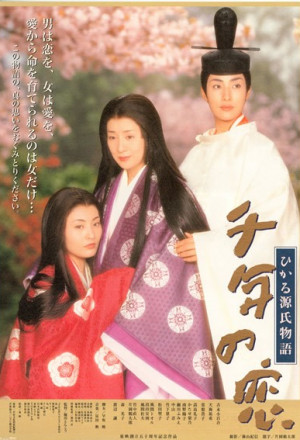 Based on the ancient Japanese Tale of Genji. This film is set in 900AD and tells the story of a famous female writer of the time, Murasaki Shikibu. Her story begins from the death of her husband, a Japanese noble, then moves on to her recruitment to train the Prince’s young ‘wives in waiting’. It is dotted throughout and actually composed mainly of one of the fictional stories she wrote, the tale of Genji. Genji is a rich playboy who falls in love and has a son to his stepmother. He falls in love often and has many wives whom are all completely subservient to him. Genji is played by a woman actress from the all-female Takarazuka theatre. The two interrelating stories are also interrupted occasionally by fantasimical musical clips from a past Japanese teen-idol, Seiko Matsuda.

Throw Away Your Books, Rally in the Streets