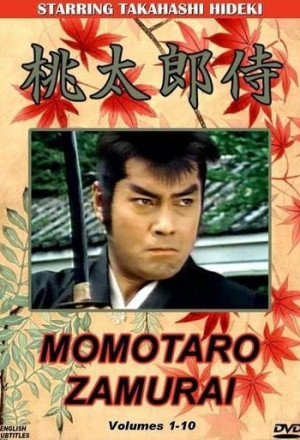 From the Japanese legend of the demon-killer known as ’Peach Boy’ (Momotaro) comes the exciting series starring one of the finest swordsmen to grace the screen, TAKAHASHI Hideki. In a dual role, he plays both Matsudaira Bizen and Momotaro, a high ranking Shogunate official and an impoverished ronin respectively. In reality they are twins separated at birth, although only Momotaro is certain of that fact. He had left the Matsudaira Clan, giving up his name, Matsudaira Tsurujiro and taking on the name Onitaiji Momotaro (Demon Crusader, The Peach Boy). The legend of the Peach Boy lives on in this awesome series featuring some of the best sword-play ever filmed!