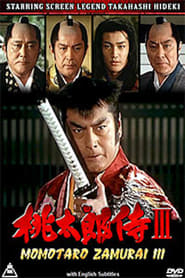 Momotaro carries this sword into battle against injustice in shogunate Japan. Aided by ninja he must now wage a furious battle against the terrible “Ran” clan, villains in league with Ohara Ukon, a bitter samurai nursing a grudge against the shogunate. Together the ruthless conspirators will threaten the foundations of shogunate rule over Japan. Only the relentless slashing sword of Momotaro may save the nation from the Ran clan’s army of killers.

Secret of The Golden Spell

The Dragon and the Tiger

Onihei Crime Files: The Inside Woman