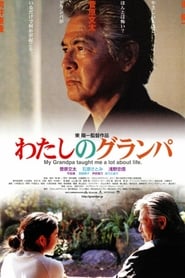 Kenzo was behind bars for killing a gangster. Upon his release, he goes to live with his son, whose marriage is on the rocks. His 14-year-old granddaughter Tamako is ostracized when she discovers that her grandfather is a murderer. Kenzo soon helps defend Tamako from bullies at school. When Tamako stands up for herself, she comes to believe that she has inherited some of her grandfather’s great strength. Eventually, an associate of the man Kenzo killed comes looking for revenge, along with the dead man’s son.

Love for an Idiot

Transparent: Tribute to a Sad Genius