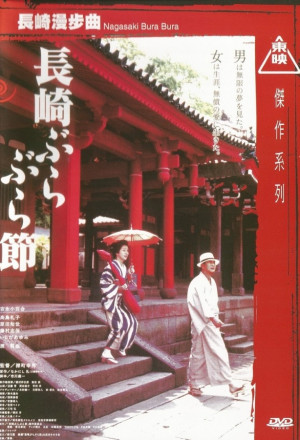 Screen icon Sayuri Yoshinaga stars in this historical melodrama about geishas in the southern city of Nagasaki set during the 1920s. Though she was sold to a geisha house at a young age, Aihara (Yoshinaga) has since become a master samisen player and woman of great elegance. Though not especially rich, she doles out money to street kids, in particular, a pretty young flower vendor named Oyuki, who becomes Aihara’s godchild of sorts. Yet when a geisha (Reiko Takashima) from a rival red-light district insults Aihara and her brethren, she fights back. Soon an all-out geisha war looms. Dapper businessman and amateur scholar Tojiro Koga (Tetsuya Watari) appears on the scene and defuses tempers — suggesting that difference be settled through a competition of artistic abilities. Smitten with her talent and mature beauty, Koga invites Aihara to record Nagasaki folk songs before they disappear forever

Where Chimneys Are Seen