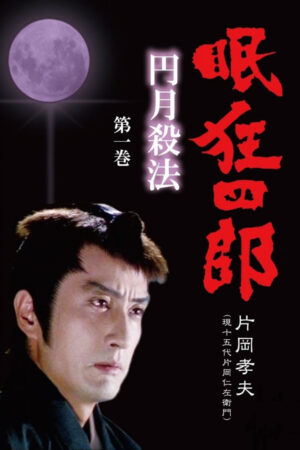 In this version, Nemuri (famous for his vaunted Full-Moon Sword technique) is caught up in the Conspiracy of the 13 Clans. The titular role is played by Kataoka Takao. The villainous leader of the Conspiracy is played by Toru Ahbe who was famous for his modern-day Yakuza films. Nemuri’s comical sidekick is played by Hino Shohei who played a similar comical role for the series Matsudaira Choshichiro. Written by monastery-83917