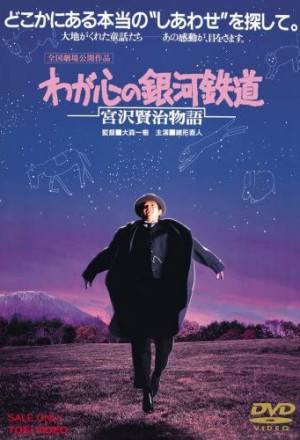 “Night Train to the Stars” is a biography of the fascinating life of Kenji Miyazawa, one of Japan’s most beloved fantasy novelists. Miyazawa is an idealist pledging with his friend Kanai to work for the improved life of farmers. Troubled by his family’s interest in money making and social status, he leaves home after graduating high school to join a Buddhist sect in Tokyo. After falling out with a friend, and receiving news about his sister re-emerging pneumonia, he decides to return home where starts his own experimental school, teaching new farming methods to young local farmers while also instructing them in music and arts. It was only after his death, through the help of his brother Seiroku, that his writings became widely read.