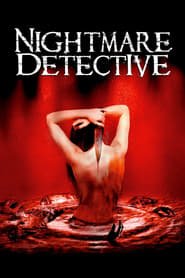 Three people in Tokyo take a surreal voyage of self-discovery through memory and nightmares. “O” intends suicide while talking on a cell-phone with a stranger he meets on line who plans a simultaneous suicide. Events take a horrifying turn. Keiko Kirishima is a cool, seemingly emotionless police detective, brilliant but off-putting. She’s faced with two mutilated corpses who appear to have killed themselves, but she’s not sure. A cell-phone number links the deaths. She calls on Akumu Tantei, a poor and suicidal young man who has the ability to enter people’s dreams. He’s reluctant to help. His past haunts him. A subconscious duel of terror and blood awaits the three.