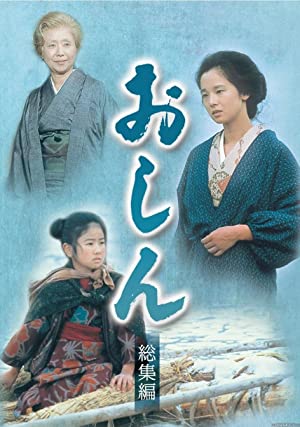 The 31st NHK Asadora Drama is Oshin. Oshin tells the story of a girl born in a very poor rural family in Japan, who through hard work and perseverance eventually triumphs over pain and adversity to achieve fame and success. Broadcast in the early 1980s when Japan had finally cast off the legacy of the post-war years and the Japanese were beginning to reap the benefits of economic development, the aim of the story was to recall the hardships the older generation had endured in order to pave the way for their children to enjoy their more affluent lifestyle. Viewers were drawn to the suffering of the main character Oshin – and then drew similarities between her story and their own home lives.

Some Japanese worried that showing Oshin abroad would give the country a bad profile – and would even be shameful because it showed the seldom glimpsed, poor, unequal side of Japan. In the event, the reverse proved true. Oshin gave viewers outside Japan – whose only image of Japan was formed by Japanese cars or electric goods, or through bitter memories of Japanese treatment during World War II – a far better understanding of the modern Japan and its people.