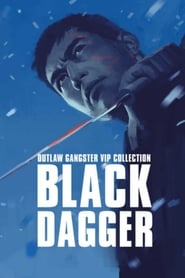 A street war breaks loose between two rival gangs in the Kansai region of Japan. Goro is in the middle of action. Through a knife fight against Sueo, a high profile gangster from Busou-kai, Goro notices a familiar face approaching him from amidst the chaos – his girlfriend, Yuri. Goro had sent her to safety, but she had returned, aching to see him. Caught between Goro and his enemy knife, she reunites with her love – the price was her life.