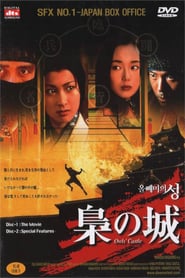 As the great military commander Nobunaga Oda was consolidating his power across Japan, one of his actions was to wipe out a clan of assassins, killing every man, woman and child he found in the village. Years later, one of the survivors has hired a young but skilled assassin to avenge the deaths of his friends and family. His mission: to sneak into the most heavily guarded castle in Japan, and kill the supreme ruler of the country.