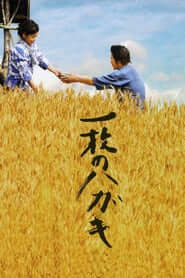 Toward the end of World War II, middle-aged soldier Keita is entrusted with a postcard from a comrade who is sure he will die in battle. After the war ends, Keita visits his comrade’s wife Yuko and bears witness to the tragic life she has led. This year’s Oscar entry from Japan finds SHINDO in top form and his 49th and reportedly last film as fresh and poignant as ever.

Morning for the Osone Family