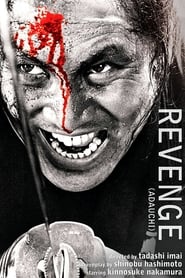 This tragic drama shows a young man fettered by Bushido, the way of the Samurai, who tried to escape the chains of his position, but was being forced to die. When the Tokugawa Shogunate ruled the land, Tatsuno castle in Wakisaka Clan’s home of Harima held an established custom, the inspection of the arms warehouse. The Government Inspector Okuno Magodayu found a slight bit of dirt on the point of a spear and mentioned it with disdain. Ezaki Shinpachi heard it and started an argument with him. Magodayu then sent a a letter of challenge to him because he felt insulted by a low-ranking underling without a title. As it turned out Magodayu was killed. Since then, Shinpachi and the Okuno family have had continuous revenge duels. The tension mounts as this story builds to an extremely violent climax, when blood must pay for blood if the clan is to survive!