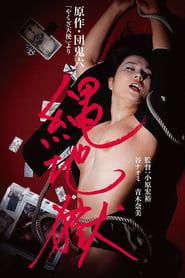 Akiko is the heir to a yakuza clan. Hitoshi, who has been kicked out of the rival Hono Clan after attempting to seduce Akiko, kidnaps her at the behest of Hanamura. Hanamura has formed a new gang and intends to use Akiko as a hostage to take over her clan’s territory. During the torture and abuse sessions which follow, Akiko comes to enjoy the treatment and forsakes her gangland empire.

A Flame at the Pier