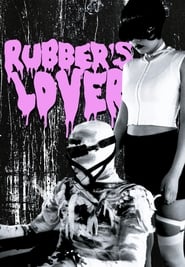 A powerful and secretive corporation is conducting underground psychic experiments utilizing Digital Direct Drive, otherwise known as DDD. While under the influence of the drug ether, the human subjects are outfitted in rubber suits and bombarded with DDD with extremely intense sound. Though the experiments are successful in unleashing psychic powers in the test subjects, the results are usually fatal. As a result, the corporation attempts to shut down the experiments against the wishes of Motomiya and Hitotsubashi who are in charge of the research. In a desperate attempt to salvage their work, the two researchers take over the lab and hold an innocent secretary hostage while they transform their fellow researcher into an ether addict and use him as the final human guinea pig for their experiments. The result has to be seen to be believed as his psychic powers are unleashed in a wave of ferocity that will leave you breathless.