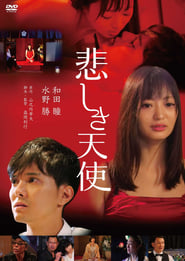 Director Toshiyuki Morioka of “Junpei, Think Again” and “Stay With Me Till The Dawn” is a sensual drama about the sadness of a beautiful prostitute and a young man who has drifted to the Yukaku. The architecture of the Taisho era is lined up, and Shigeru, an unemployed man with a large debt, comes to the Yukaku, which seems to have been left behind from the era. There, Shigeru meets a beautiful prostitute named Kazumi and chooses to live as a female teacher who cares for the woman’s heart. The two fall in love in a Yukaku where the desires and tragicomedy of various people are mixed. Hitomi Wada, who is active as an actress, model, and talent, also challenges the bed scene with her body in the movie’s first starring. Masaru Mizuno of “BOYS AND MEN” played Shigeru who falls in love with Kazumi.