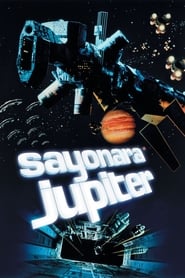 In the 22nd century, scientists from an energy-depleted Earth research new fuel sources in the far corners of the solar system, where they discover an ancient alien race from Jupiter as well as the emergence of an apocalyptically dangerous black hole. Koji Hashimoto’s 1983 sci-fi adventure was conceived as a Japanese competitor to the upcoming sequel to Stanley Kubrick’s classic 2001, titled 2010, and often mirrors the sequel’s plot.