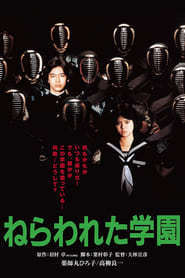 Mitamura Yuka is a normal, shy high school student… Except for the fact that she has psychic powers. When a new student with similar powers begins to show her skills, creating a force of psychic Nazi student enforcers, Yuka and her friends vow to stop her. But behind it all is a mysterious force that will put Yuka’s powers to the ultimate test!

Glory to the Filmmaker!

Hanzo the Razor: The Snare

Vendetta of a Samurai