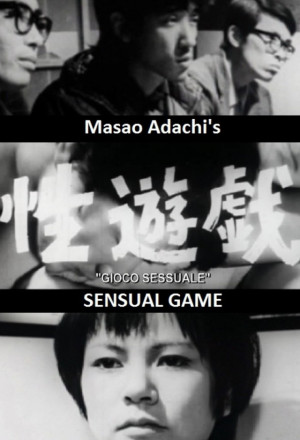 A masterpiece of militant cinema of 1968, filmed on the actual barricades of Adachi's very own Nihon University during the period of social struggles. The film begins in a lengthy free-love session taking the form of a 'play' rape being enacted by a group of aimless, listless and political apathetic students. The subtext intended by Adachi informs the rest of the film – that there is a world of difference between direct action politics, and merely talking the talk.

Hidden Story of the Yagyu Clan

Sakura no ki no shita de

Lowly Ronin 2: The Spray of Blood