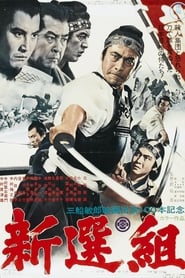 Near the end of the nineteenth century, as the balance of power shifts from Shogunate towards the Emperor, Japan restlessly awaits the dawning of a new age. But not all are content…The Shinsengumi, a small army of samurai, farmers and peasants, band together to do battle against the tide of history. Their leader, Isami Kondo is a man who rises from farmer to fighter to head the fierce Shinsengumi brigade. Using a stern hand and a heart of gold, he rallies his men in defense of the tottering Shogunate. But bloodshed and treachery lurk around every corner.

It Feels So Good