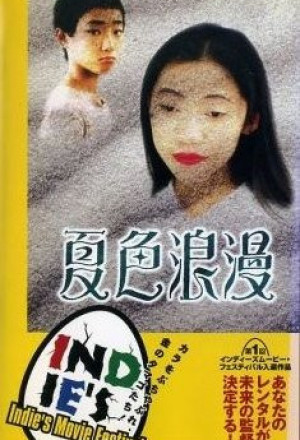 This delightful short is a world away from Tomomatsu’s later works. It’s a lovely story, told well. The reason that I tracked it down is because I’m quite a fan of Alice Sailor’s music. She fronts new wave band Amaryllis and I was curious to see her acting. She has frequently supplied theme songs and other music to several of Tomomatsu’s films. Indeed, the most disturbing sequence in this movie is accompanied by a psychotic Amaryllis track, ‘Haha’, and the closing piece is another Amaryllis song, ‘Usagi’. This rip comes from the ‘Eat The Schoolgirl’ DVD, where it was one of the extras. Having just watched the main feature from that disc, I can say with some certainty that I found this tale far more enjoyable.

Machine translation: “On the way home from radio calisthenics during the summer vacation, the boy meets an older girl wearing a white dress and an umbrella. She calls the girl her boy in the name of his grandfather and smiles with her nostalgia. “I want you to return my watch …” the boy notices. She said she was a girl she wasn’t visible to anyone but herself. She was wandering beyond the time she was a girl who was strafed in the war. Can the boy return the watch that her grandfather took from the girl 50 years ago? What the boy who got lost in the labyrinth of the girl’s heart saw there …”