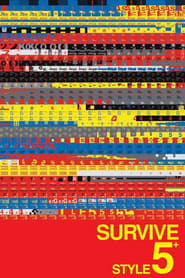 A man continually trying and failing to get his wife to stay dead; a self-absorbed ad agency creative director who comes up with one unworkably inane idea after another; a British hitman who only wants to know everyone’s function in life; and an unfortunate office worker and father whose brain is left scrambled after a stage hypnotist is murdered in mid-performance.

Joke with a Sorrowful Heart