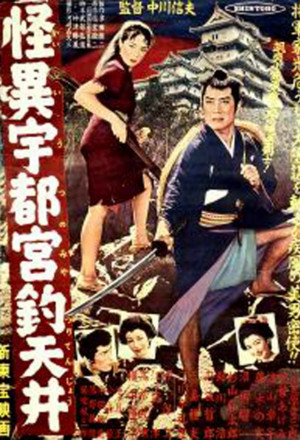 Ryutaro is a spy employed by the shogun Tokugawa Iemitsu, who is the target of assassination attempts that aim to hand power over to his younger brother Tadanaga. Before learning of these plots, Ryutaro discovers himself in a predicament of his own when he rushes to the defence of a local girl who is caught between her boyfriend and a greedy businessman. The situation results in many violent one-on-one skirmishes between Ryutaro and the businessman’s many samurai defendants, one of whom enigmatically refuses to reveal his face or use more than just the one hand. Before long, Ryutaro’s top priority is not protecting Iemitsu as it should be, but rather unearthing the true identity of the mystery samurai.

Official with a Tattoo